APRIL 15, 2020
The Minnesota Wilderness of the North American Hockey League (NAHL) are pleased to announce that defenseman Blake Holmes has committed to play NCAA Division III hockey for Utica College.
Holmes, 20, just completed his second season playing junior hockey in the NAHL and is also another Ladder of Development success story. The 6’2/205 lbs. native of Apple Valley, Minnesota, had a career-best season in 2019-20, as he led all Wilderness blueliners in scoring with 29 points (5 goals, 24 assists) in 51 games played.
“I am proud to announce that I have committed to attend Utica College in upstate New York. I would like to thank my family, coaches, billet parents and friends who have all been very supportive to me throughout my entire journey. Couldn’t be more thrilled to further my education and play hockey in Utica. I’m excited to be a Pioneer,” said Holmes.
Holmes made his junior hockey debut with the Janesville Jets at the start of the 2018-19 season. He would later join the Coulee Region Chill in the NA3HL where he thrived and developed his game, recording 48 points in 25 games played. He would then joined the Wilderness for the second half of the season. 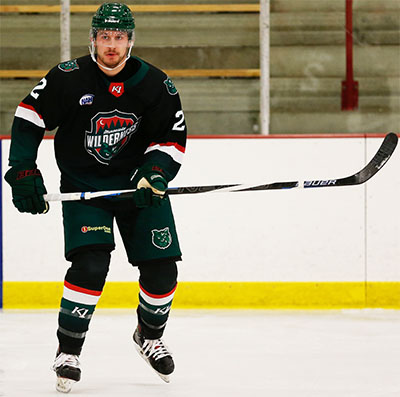 Overall in 74 career NAHL games, Holmes has recorded 32 points.
“I’ve had the pleasure of coaching Blake for the last two seasons, first with the Coulee Region Chill of the NA3HL and this past season with the NAHL Minnesota Wilderness. He is a dependable, 200-foot physical defenseman with a savvy offensive edge. I have been fortunate to be part of his journey through junior hockey. I know that Utica is getting an outstanding defenseman, but they’re also getting a respectful, high character young man who will no doubt add value to the team on the ice and in the locker room. I look forward to his following his continued success,” said Wilderness head coach Jon Vaillancourt.
Prior to playing in the NAHL, Holmes played high school hockey in Minnesota for St. Thomas Academy.
Click here for an updated NAHL to NCAA commitment list
Original Source: nahl.com
###
The Minnesota Wilderness is a Tier II Junior Hockey Team in the North American Hockey League (NAHL), based in Cloquet, Mn.